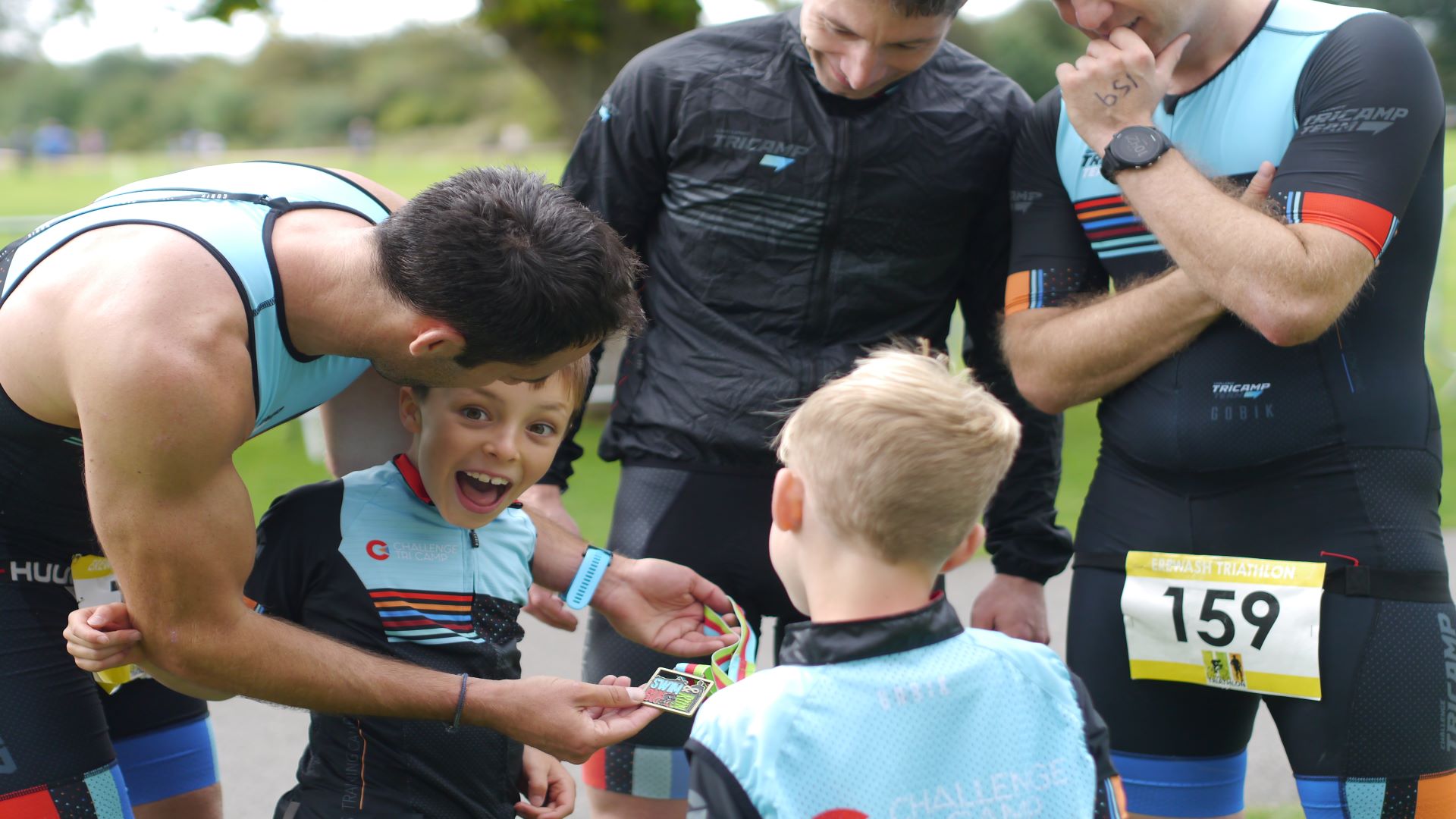 Wind, rain and a bit of sunshine over the weekend for our team athletes.

So we are coming towards the end of the season and some of our team and coached athletes are either winding down and doing some races while still fit after they have achieved their goals and done their ‘A’ races while others are still building up to the big one’s before the season is over.  It was however a quiet weekend of racing with lots spending the weekend training, we know we had some on 3 plus hour turbo sessions, some doing 5km swim sets and others running in the mountains…however here is what those racing got up to!

We mentioned above about some not being in full racing mode now and some of our long term camp guests showed how to make triathlon fun, well Beerathon fun and did it all dressed as pac-man characters and had a fair few beers along the way…the name is in the title!! See our facebook page for the medal they got at the end – a bit strange having a medal with a picture of someone being sick on it but they all seemed proud of them!  Well done Ian, Mark and David – we hope your legs and heads have recovered!

It was a family day out for Coach Nick and his 7 year old son Finley who both got on the podium, as did one of our guides from this Spring John O’Neill.  So it was three podiums for the team at the Erewash Sprint Triathlon in Nottingham.  Nick taking 3rd overall, while Finley was the first boy home in the 7-8 year olds Tri starter race and John was first Vet…yes he is over 40 can you believe it! Also well done to Derek Hayden who got 16th overall despite no training for 3 months.

At Bedford Standard Triathlon two of our ladies raced in some horrid conditions – Angela Wallis in her own words ‘had one of her best swims in ages’ but struggled in the conditions on the bike and run however still came away with 2nd in her age group; while Emma Fisher in preparation for the Lausanne World Championships also found it tough and ended up wearing her Challenge Tri Camp winter puffer jacket and a fleece hat for the bike and said ‘it was like pedalling in treacle!’ tough racing, well done ladies.

Finally we had Barry O’Neill racing in Switzerland, and having not raced since his 70.3 in June took on a Sprint Triathlon and got 14th in his age group and 40th overall.  He let us know he enjoyed it but was keen to tell us his transitions were pretty bad and didn’t realise how much quicker you need to be at them in a sprint compared to a 70.3.

Top work everyone and well done to everyone who raced in these lovely August conditions!! A few more weekends of races still to go lets hope the sun comes out and we can be worrying about sun lotion, the sun in our eyes in the swim and trying to find shade on the run, not how many layers we need to put on for the bike and if floods or storms are going to get certain disciplines cancelled!! …global warming!?! who knows! 🙂 No matter what the weather is – take care out there, stay safe and train hard.

Want to chat to us or find out more about our camps, coaching and race team, get in touch we are always happy to talk triathlon!!