Weekend Round Up & Team Relays

Weekend Round Up & Team Relays 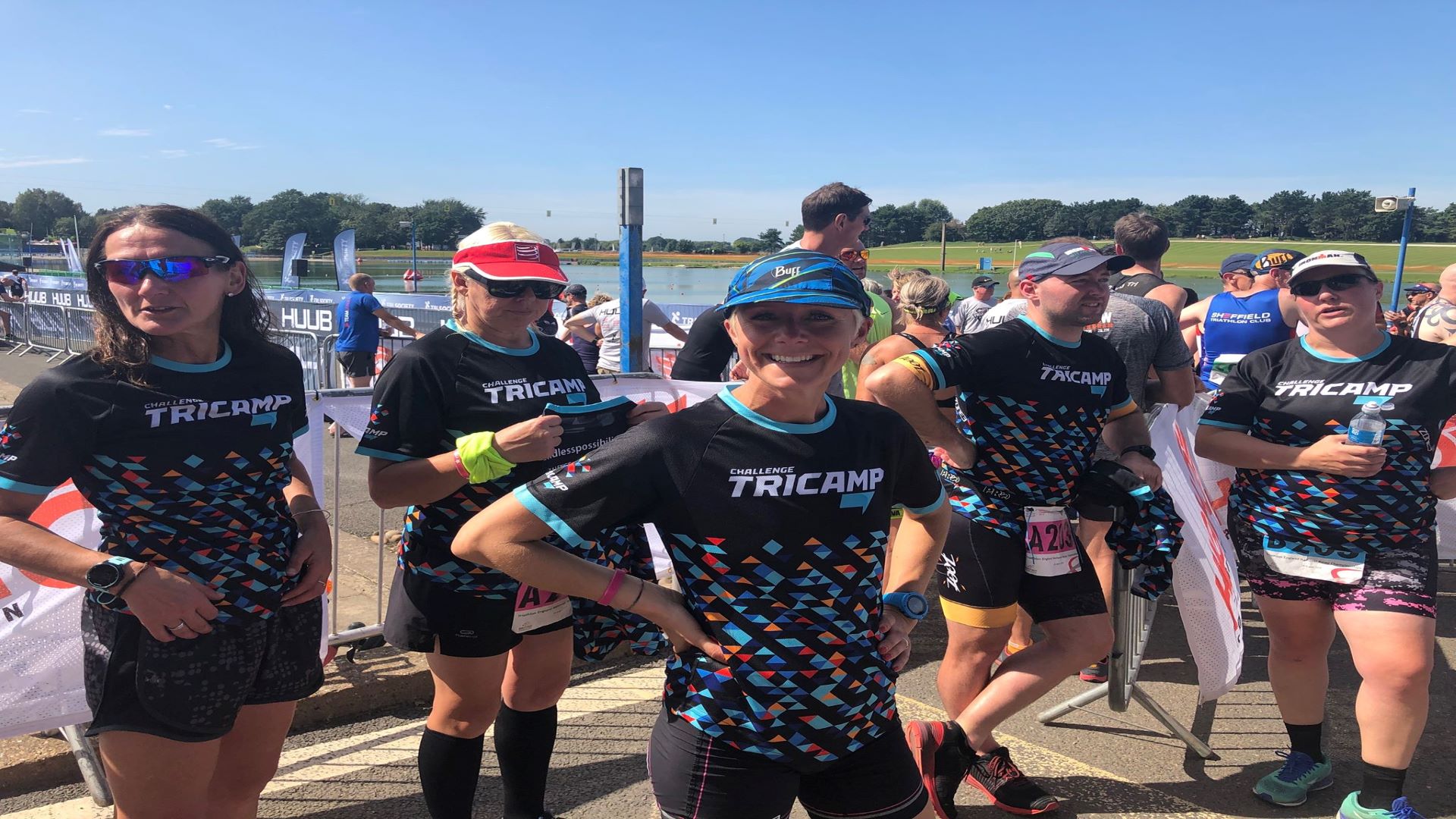 A hot weekend for our athletes in Nottingham at the triathlon relays and in France as well it seems.

We had two athletes racing over the channel, one at Ironman Vichy and the other at the half distance event at the Chantilly Castle series – both found the heat tough but did fantastically – Heather doing the half, is coming back from a broken collarbone so we were not expecting her to start never mind finish, so a brilliant result and looking good now for an even better season in 2020.  Lucy who was at the Ironman (her first one) in here own words was ‘over the moon’ and so she should be becoming an Ironman and in just over 13 hours.  Well done ladies tough conditions for long distance racing but you both came through it stronger and we are sure you learnt a lot, we can now look at your stats ready for the next one’s!

In Nottingham, we had 20 of us plus lots of friends and family members come out in force for the National triathlon relays.  Our teams covered a wide range of abilities from two past World age group champions,  to two complete triathlon beginners (yes this was their first ever attempt at racing), to every other ability in between!  Everyone had so much fun, yes you race as hard as you can, yes you are in a team so don’t want to let team mates down and yes it is a race, but no one really worries too much about the results.  The no pressure racing, massive social element of it and of course the picnic we had afterwards made it a fab morning of triathlon.

We had friends come along together, people come on their own and join into teams with other ‘strangers’ (only to begin with) and even two teams who until they came on one of our camps had never met and since the camps have remained in touch via facebook and formed their own Challenge Tri Camp teams and raced together – we love this.  So nice to see the social aspect of our training camps and really proves that friendships are not only made but continue from people joining us on camp.

All the teams raced so well together, worked together to organise themselves and even across all the teams helping each other out to make sure we all had a fab day as a team.  One of our newbies Louise was brand new to triathlon having only done four open water swims before (all in the last month in preparation) was worried about the swim and with only having had a stroke a year ago, we arranged with the organisers (thanks Tri Society) to have a buddy with her for the swim.  We had not arranged which person this was to be before the morning and what was so nice on the day was that every ‘more experienced’ athlete we asked to help and be the buddy was more than happy to do so.  In the end it was Gaz who did the job and as we saw him and Louise both breaststroking past us towards the finish, we all knew we were part of one big team.  Its amazing how triathlon can do this…only 1 hour before we were doing introductions and learning names!! #lovetriathlon #tricommunity

So all in all a great morning of fun racing, a team picnic afterwards and people getting to meet up again as well as forming new friendships.  Well done to our teams but to all the others as well, so nice to see so many people we know from camps and clinics racing and coming to say hello.

So who won out of our teams, it doesn’t matter but one lesson we did learn and that brought great enjoyment and laughter for the other teams is our ‘fastest team’ came dead last after being disqualified with one athlete not listening (hearing) a marshall give an instruction.  What does this teach us…the best team doesn’t always win, winning doesn’t matter (the team in question still had a great day) and of course always listen to marshall’s and referees – they are always right!

Anyone for next year? August 29th 2020…we already have people from this year signing back up so it must have been good!